Davidson is a highly selective independent liberal arts college for 1,800 students located in downtown Davidson, just a five minute walk from John Marshall Custom Homes ‘Davidson Springs’ neighborhood.  The college has graduated 23 Rhodes Scholars and is consistently regarded as one of the top liberal arts colleges in the country. Through The Davidson Trust, the college became the first liberal arts institution in the nation to replace loans with grants in all financial aid packages, giving all students the opportunity to graduate debt-free. Davidson competes in NCAA athletics at the Division I level, and a longstanding Honor Code is central to student life at the college. 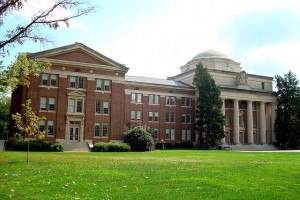